My first love began at a young age, when like most children I loved Lassie. Every day I would watch Lassie and at the end of each show they would play the theme song and Lassie would wave good-bye and I would bawl like a baby! I am so surprised that my Mother continued to allow me to watch this show. Well folks this was the beginning of my addiction.

Surprisingly, enough I did not buy my first Lassie look-alike (a Shetland Sheepdog aka Sheltie) until I was in my thirties. I was a newlywed and my new husband, Mike, had his own business, which consumed a lot of his time. One day I was so lonely I called Mike at the office and gave him an ultimatum, either I got a dog or had an affair. Well, I bought my first sheltie, Megan to be my companion. After purchasing Megan I found out that she had some issues; she came from a home where one of the individuals had abused the dog so she was very timid, scared and not very trusting. This began a new leg of our journey.

I enrolled Megan in obedience classes and upon completion of her class the instructor advised me that I may never be able to fix this girl’s problems or gain her trust. Now, started my biggest challenge to prove this person wrong!!! I took Megan through two more basic obedience classes, work with her religiously and started my research into canine behavior because I was going to conquer this problem head on. I kept journals on our progress and viola the next time my peers saw my dog she was taking first placements in the obedience trials. A perfect score in obedience is 200.

Megan never had a score under 198 ½. She earned her Companion Dog title and was one qualifying score short of earning her Companion Dog Excellent title. Our accomplishments were many including being invited to compete in the Regional held in Gainesville! There are so many wonderful stories and things I could tell you about this dog, however, it would take a very long time. Unfortunately, our journey ended when Megan was 14 years and 8 months old. She taught me a lot and this was just the beginning of my education of the Shetland sheepdog and canines in general.

My mother always told me I had a special bond with animals, it did not matter what species we just always had a special trust between one another. Megan was not my only sheltie; she had two companions, Liberty and Adam. Liberty went on to earn a Companion Dog title. Unlike Megan, she was not thrilled to be in the obedience ring so she decided her career was going to Mike’s best friend. Liberty was a pro at this new job and remained Mike’s best friend until we had to send Liberty to Rainbow Bridge just before Christmas of 2004, she just had her 15th birthday on December 1st. Adam was my first conformation dog and what a wonderful journey that was. He loved the show ring; however, he was more into pleasing and being with mommy than performing in any other venues. Adam did however, become a model of a canine clothing line. He was on television modeling this line of clothing. This was right up his alley.

After many years of training with my mentor, Dr. Sherry Lee, of Linden Shelties, I decided to start my own line. Now, I needed to come up with a kennel name. Sherry suggested that I use part of my name. I could never think of a name I really liked and she came up with “Cadence”. She told me she went to the dictionary and looked under the first two letters of my name, “CA” and just scrolled down the list. When she came to the word “cadence” she thought this would be perfect because I use to sing. Cadence means rhythm and balance. I began to use this name and when some pet owners tried to register their dogs they were advised they could not use the name Cadence. I contacted AKC and was advised that their computers had been down (now we are talking over a year) and I could not use this name. I had already registered puppies under this name but that did not matter. Hence, the changing of the spelling from Cadence to Cadance. We really do know how to spell here at Cadance!

Since we established Cadance as our name, we decided it is now time to establish our own line. Sherry Lee found a bitch, Ch Romayne’s Loving Touch (Jay Lee), which she advised would be a great match for Am/Can Ch Linden Adam Cartwright HCT (Adam). The breeding was done, which produced a litter of two puppies, a boy and a girl. The boy was sold to a lovely family in South Florida as a pet and the girl went on to become Ch Cadance The Dark One PT (Darcy) our first homebred champion.

Darcy is the foundation for Cadance; she had produced several nice puppies of which we hope become champions. We have also have several other nice dogs that compete in not only conformation but herding and agility and many more stories about each one.

We do have to mention our newest addition to Cadance because she is a Keeshond. We were not planning this it just happened. The beginning of this relationship started out very rocky, actually it was a love/hate relationship. Summer loved me and I hated her. I was so use to living with a sheltie and expected more from her than she could give. Well as a behaviorist, I decided to do a little research on the breed and viola, after that all was good. I dearly LOVE my Summer! I finished Summer’s championship at the ripe old age of 15 months old and went on to be ranked number eight Keeshond show bitch for 2004. Summer is now making her debut in the whelping box in June 2005. After motherhood, she will go back to the show ring and continue with her agility training.

We are just one BIG happy family here at Cadance. What could be better than coming home to a bunch of fur kids barking and wagging their tails because they are so happy to see you! 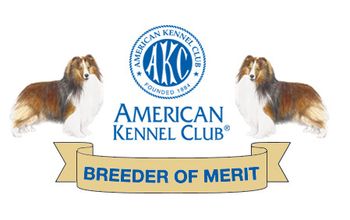 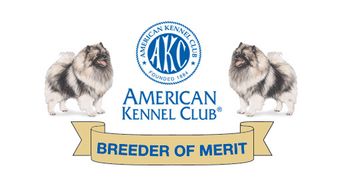